Earth Overshoot Day marks the date when humanity’s demand for ecological resources and services in a given year exceeds what Earth can regenerate in that year. We maintain this deficit by liquidating stocks of resources and accumulating waste, primarily carbon dioxide in the atmosphere.

Not all countries consume the same

Today, the majority of countries in the world are running ecological deficits, using more natural resources than ecosystems within their borders can regenerate. Others depend heavily on resources from elsewhere, which are under increasing pressure. In some areas of the world, the implications of ecological deficits can be devastating, leading to resource loss, ecosystem collapse, debt, poverty, famine, and war. 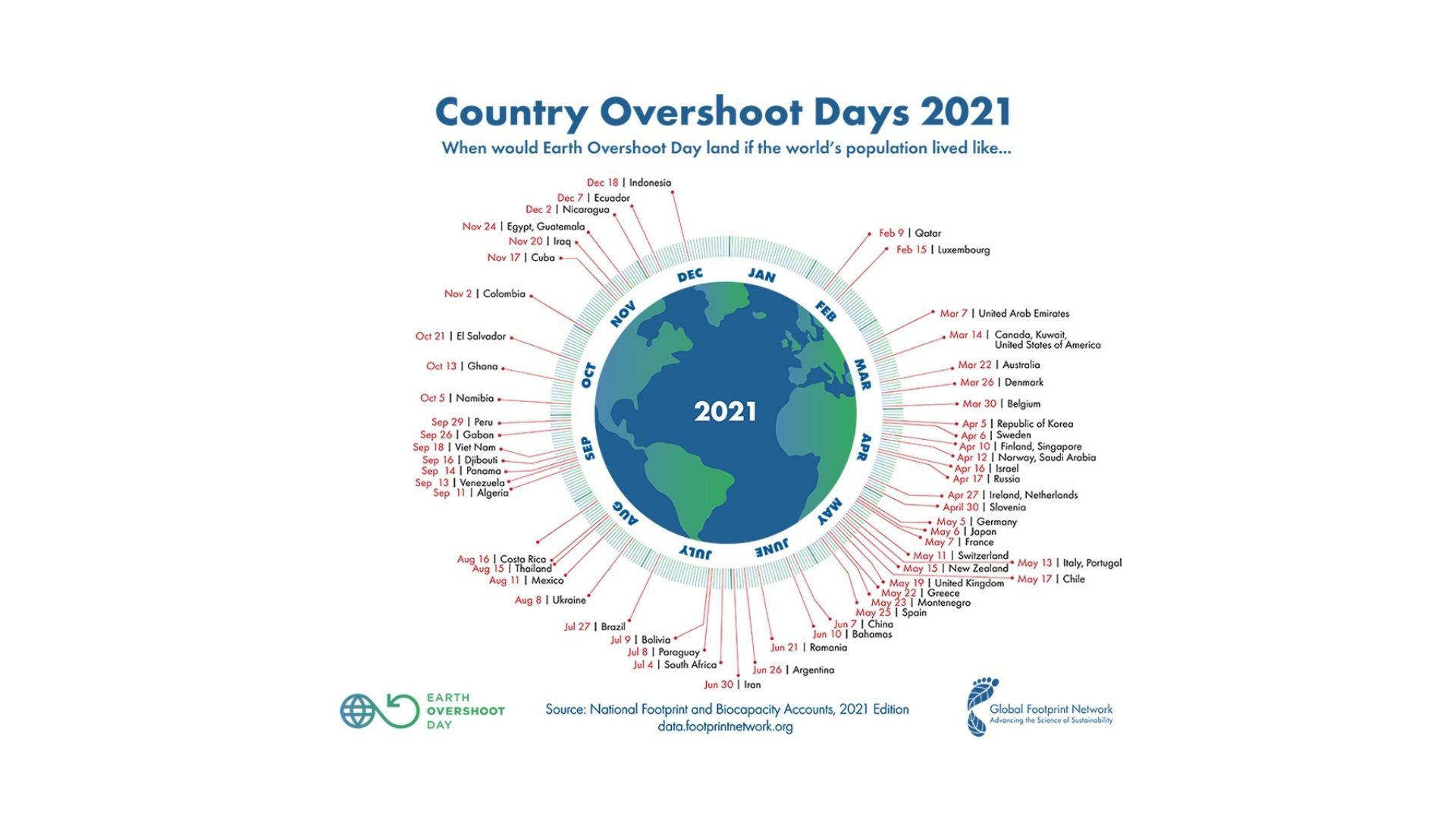 An anniversary that always plays in advance

While economies and populations grow, the size of Earth remains the same.

Since 1961, humanity’s demand on resources has gone from being within the means of what nature could support to significantly over budget. Our planet went into global overshoot in the early 1970s. 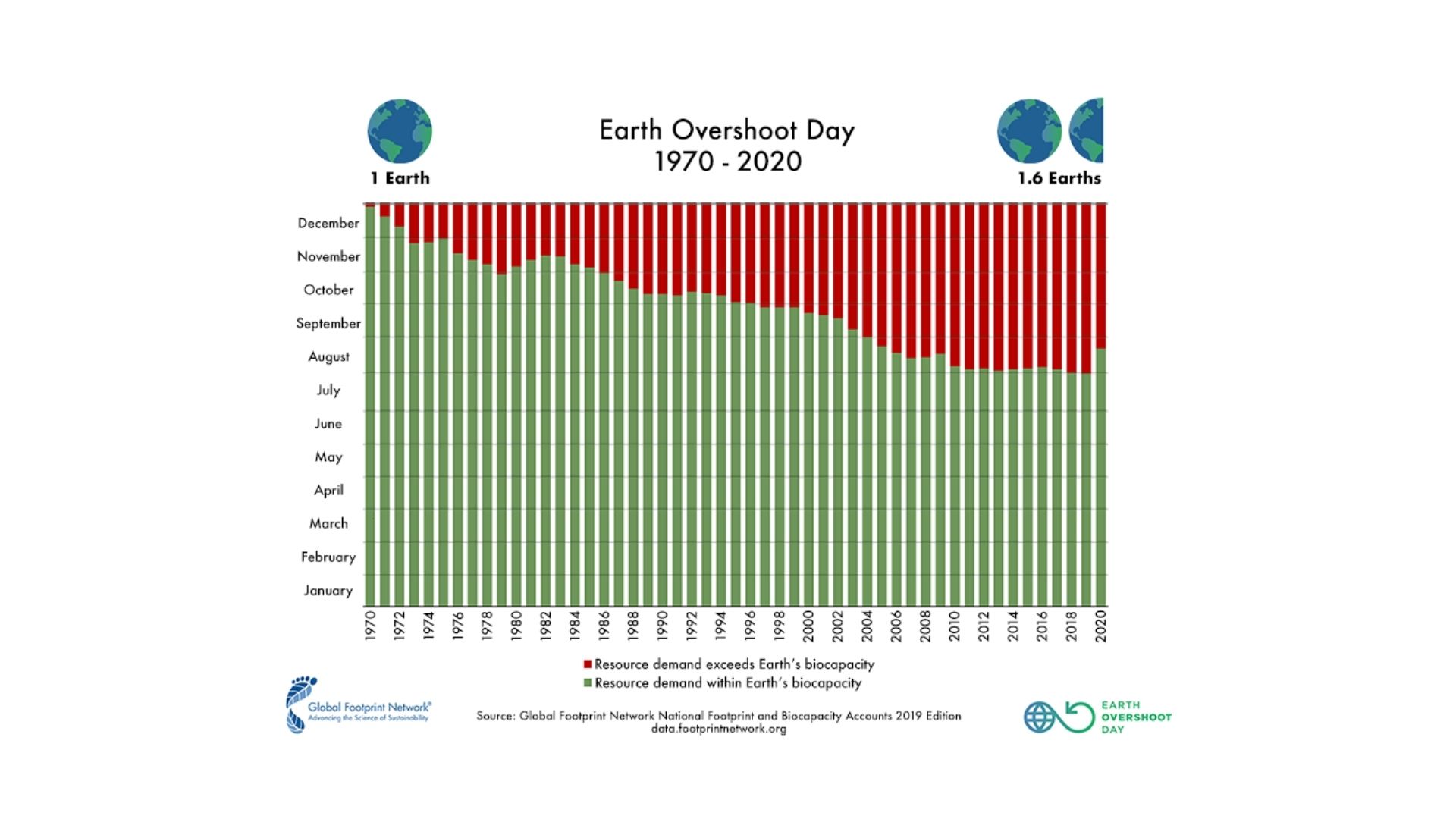 The Ecological Footprint measures how much demand human consumption places on the biosphere. It is measured in standard units called global hectares.

Italy ranks 15th in the world for its total ecological footprint (in global hectares). While the top 10 places are China, the United States, India, Russia, Japan, Brazil, Indonesia, Germany, Mexico and South Korea. 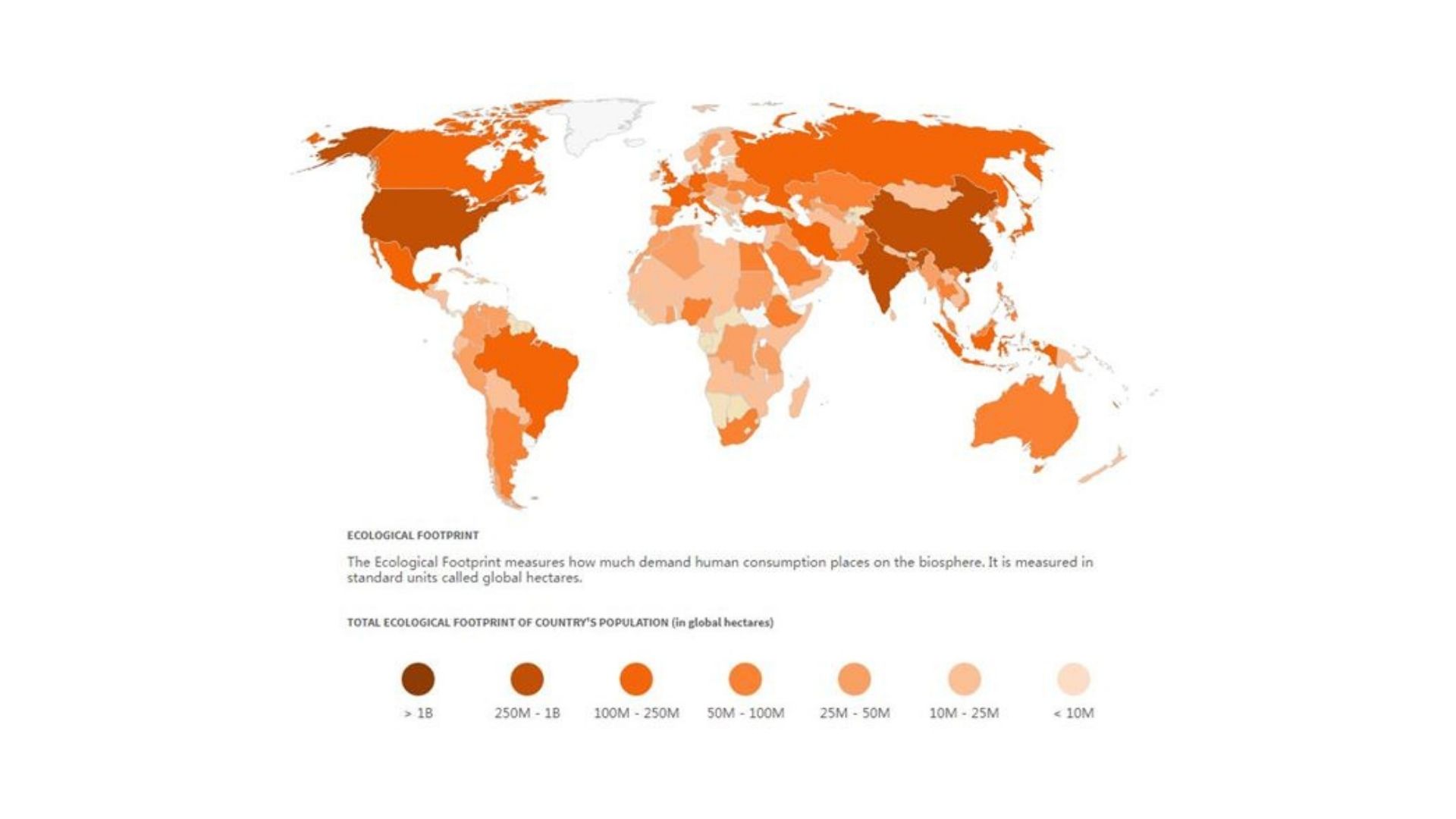 While Italy’s carbon footprint equates to 2.72 global hectares per person, the global average is 1.69 hectares, ranging from 6.87 in the United Arab Emirates and 5.74 in the United States to 0.26 in Kenya and 0.05 in the DRC. 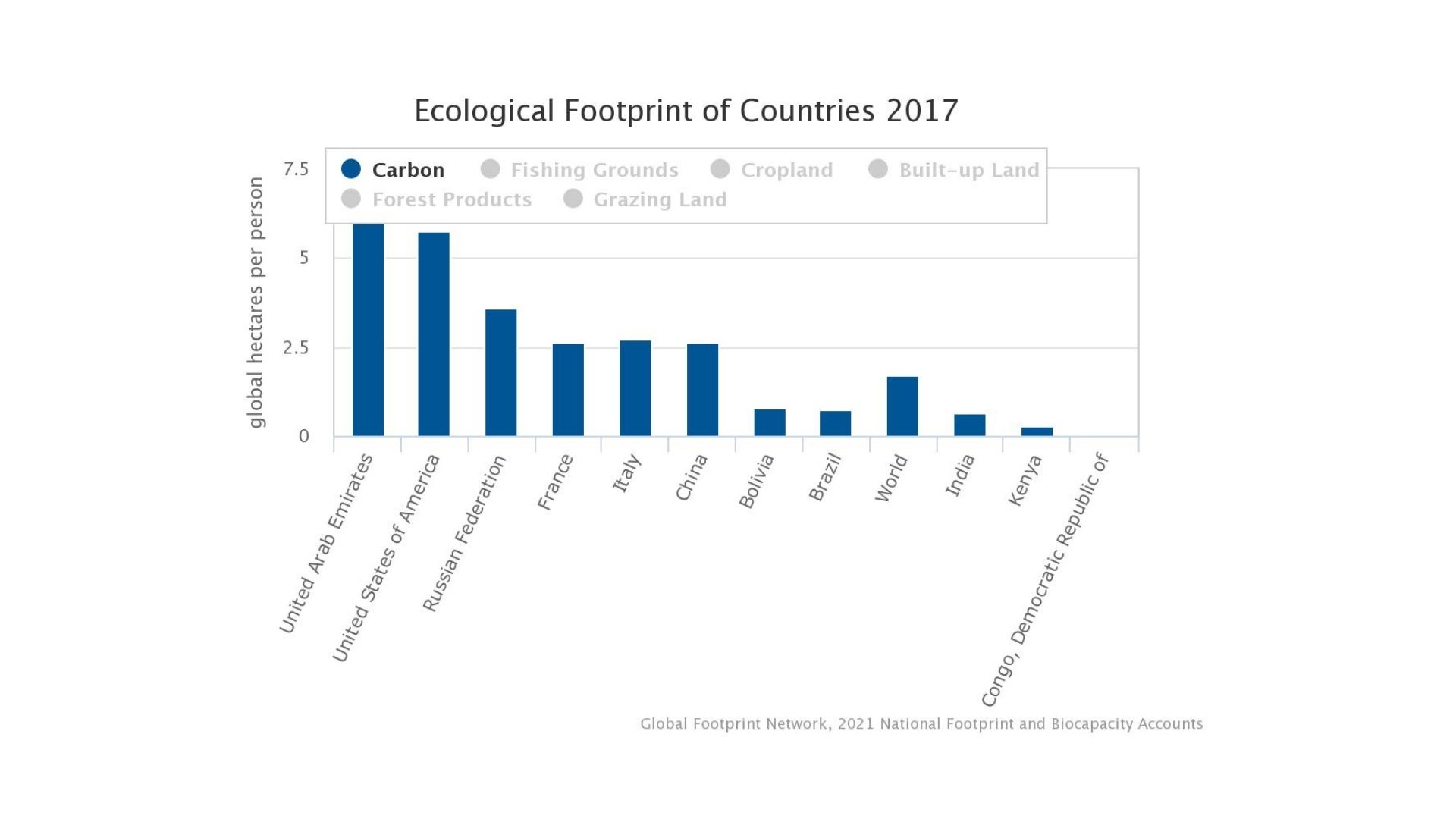 How much land would we need if…

The estimated level of resources and ecosystem services needed to sustain human activities today is 1.7 Earths. If the world consumed like Italy, we would need 2.8 Earths. If we lived by the standards of the United States, 5 Earths; Australia, 4.6; Russia 3.4. 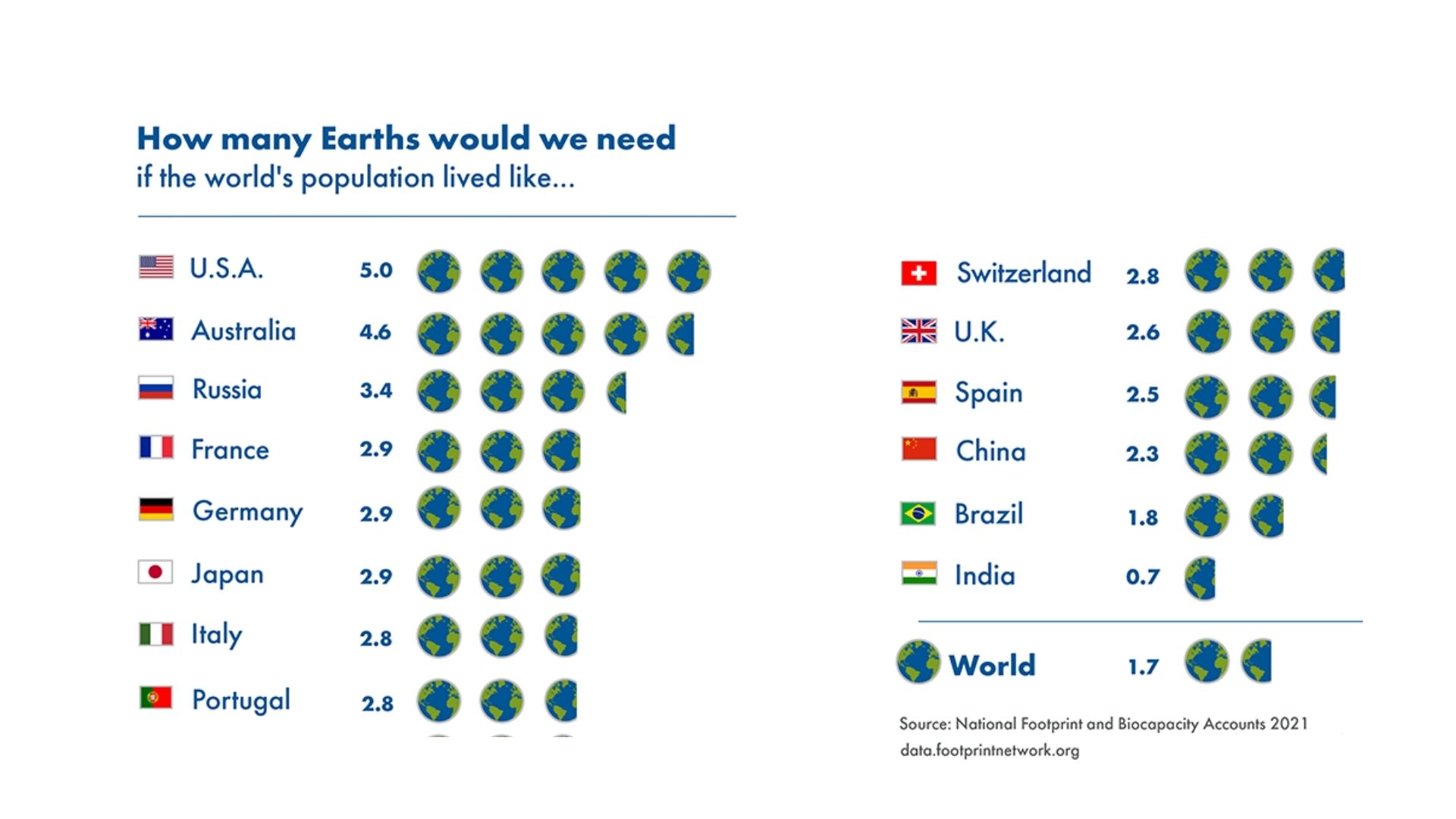 The impacts of ecological overspending are already evident in soil erosion, desertification, deforestation, rapid species extinction and rising carbon concentrations in the atmosphere. Staying on this course will increasingly jeopardise the well-being of many of the planet’s inhabitants.

Five key areas define our long-term trends and there it is crucial to act to move the date forward as all of them are shaped by our individual and collective choices: how we help nature thrive, how we design and manage cities, how we power ourselves, how we produce, distribute, and consume food, how many of us there are.