Environmental change and disasters have always been major drivers of migration. However, climate change predictions for the 21st century indicate that even more people are expected to be on the move as extreme weather-related events, such as floods, droughts and storms become more frequent and intense, and changes in precipitation and temperature patterns impact livelihoods and human security.

The term ‘environmental refugees‘ was first used by US agronomist Lester Brown in 1976. He used it to refer to people forced to migrate because of changing environmental conditions.

A global phenomenon without a legal definition

No legal definition for people on the move due to environmental drivers exists to date and neither an internationally accepted one. However, the International Organization for Migration put forward in 2007 a broad definition: “Environmental migrants are persons or groups of persons who, predominantly for reasons of sudden or progressive change in the environment that adversely affects their lives, are obliged to leave their homes, or choose to do so, either temporarily or permanently, and who move either within their country or abroad” .

The difficulty in clearly defining the phenomenon is partly due to the fact that it is not easy to determine when migration is directly caused by climate. The factors driving these migration flows are many and complex, ranging from social to economic to political, and the climate crisis is a multiplier of these threats. 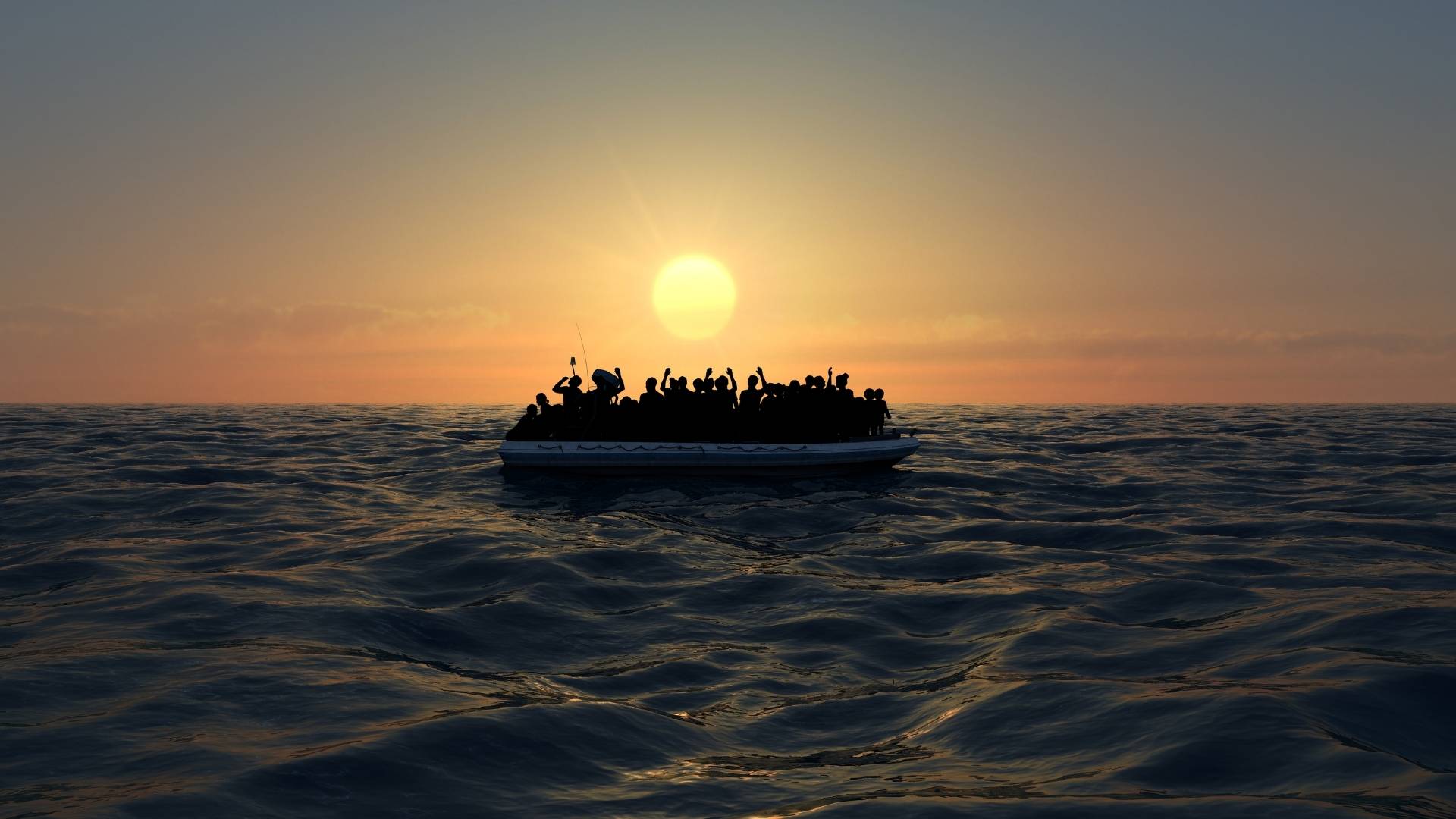 Disasters triggered more than three-quarters of the new displacements recorded worldwide in 2020, accounting for 30.7 million – compared to 9.8 million due to conflict and violence – hitting the highest level on record. At the end of the year, 7 million of these displaced people were still living in internally displaced conditions, according to the Internal Displacement Monitoring Centre.

Most disaster-related displacements were the result of tropical storms and floods in East Asia and the Pacific and South Asia, where the highest levels of new displacements were reached in 2020, 39.3% and 30.1% of the total respectively. China, the Philippines and Bangladesh each recorded more than four million new displacements, many of them pre-emptive evacuations.

Although displacement is a global challenge, it tends to be concentrated in some regions or countries. According to the World Bank, in sub-Saharan Africa, South Asia and Latin America, which together account for 55% of the developing world’s population, up to 143 million people could be forced to migrate within their countries by 2050 (in the most pessimistic scenarios). 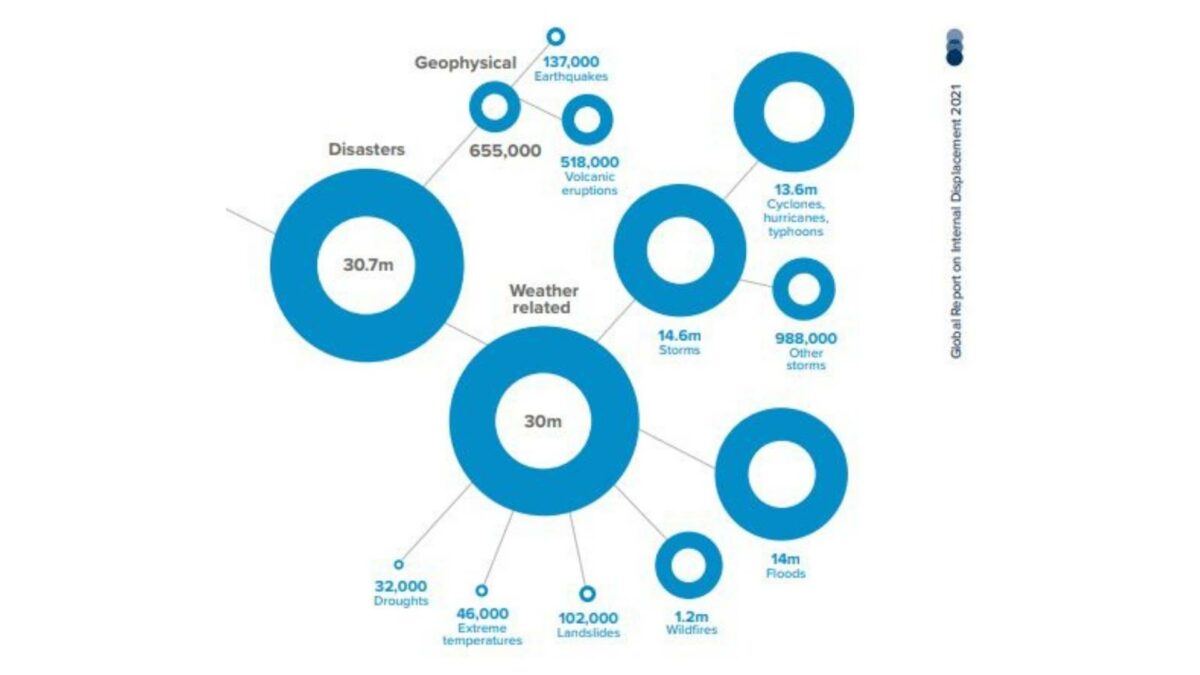 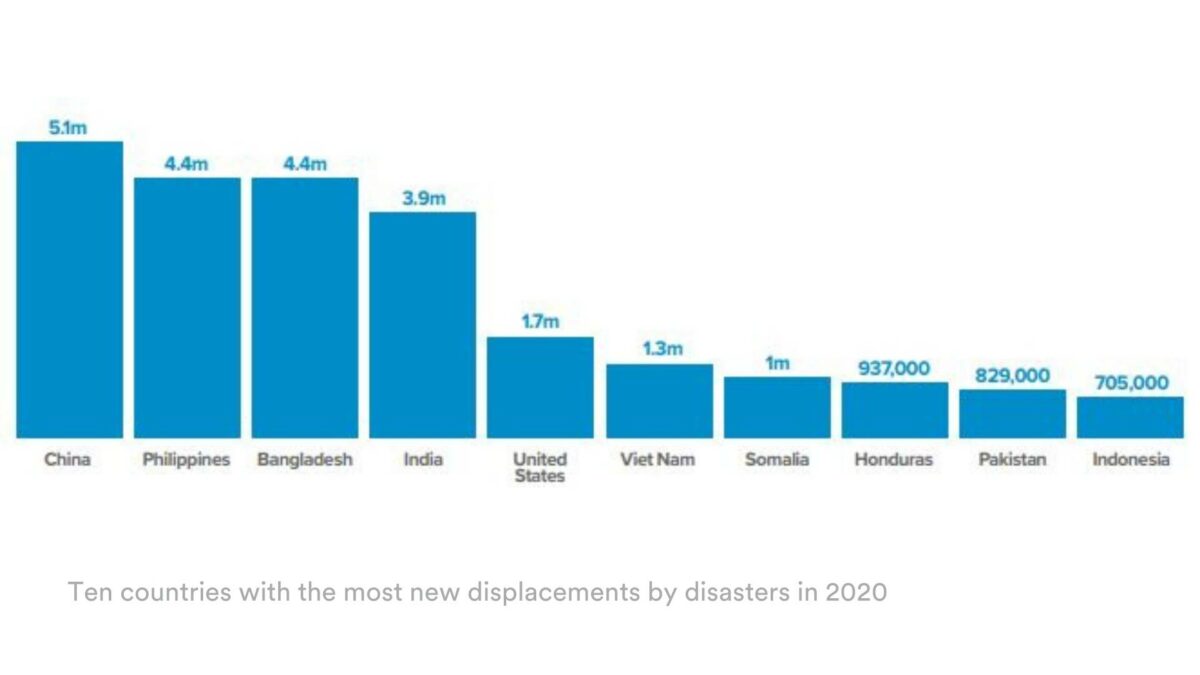 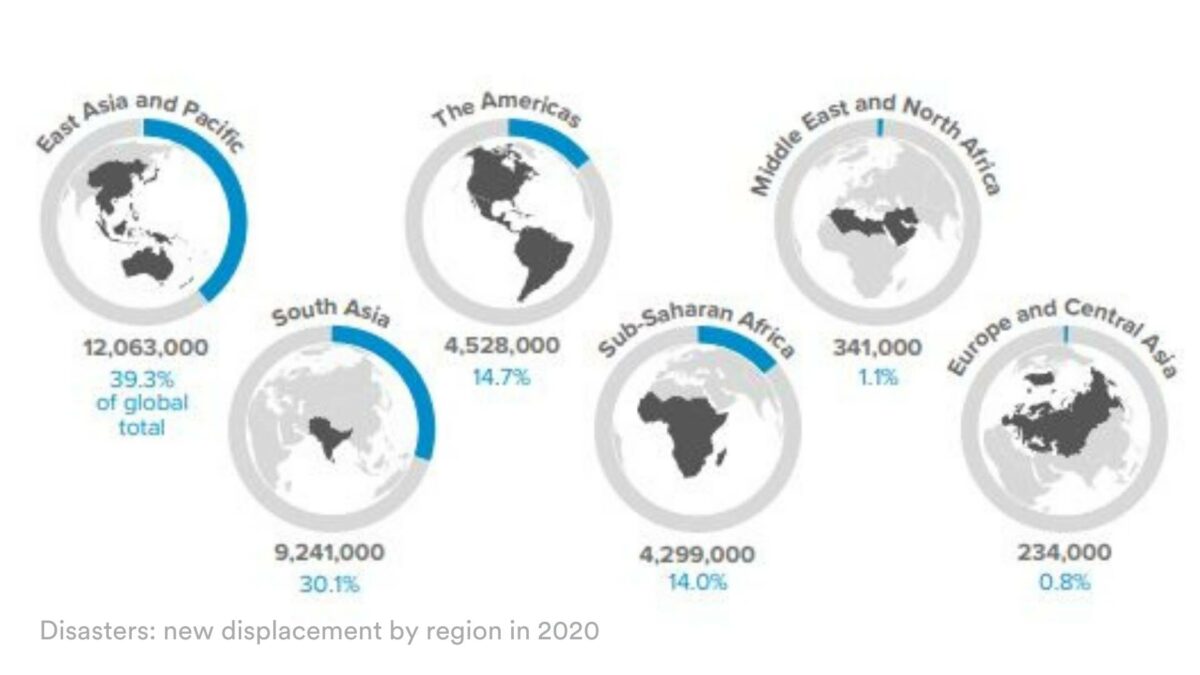 More human rights in response to the climate crisis

Climate change is the defining crisis of our time and disaster displacement one of its most devastating consequences. Entire populations are already suffering the impacts, and people living in some of the most fragile countries are often disproportionately affected.

Refugee and human rights law have an important role to play and adequate protection and reception of migrants, especially climate migrants given the persistent legal gaps, is necessary. Dedicating greater resources to mitigate climate migration is part of an effective solution.

The 2018 Global Compact for Safe, Orderly and Regular Migration, the first-ever negotiated global framework on migration, recognizes that migration in the context of disasters, climate change, and environmental degradation is a reality, and makes commitments to support both migrants and States.

Desertification. A social point of view.

The World Day to Combat Desertification and Drought is observed every year to promote public awareness of international efforts to combat desertification.