Throughout the last 2.6 million years – the “Quaternary Period” -, the Earth’s climate has oscillated many times, swinging between glacial and interglacial states. Over the last ~1 million years, we have experienced large ice ages and interglacials with a periodicity of around 100,000 years and the Earth system has spent more time in cool phases than before. We are currently in an interglacial period, which began at the start of the Holocene, ~11,500 years ago.

These large changes are driven by changes in the Earth’s orbit around the sun, and climate variations are a natural part of the earth system. It is therefore important to compare current trends with those in the past. 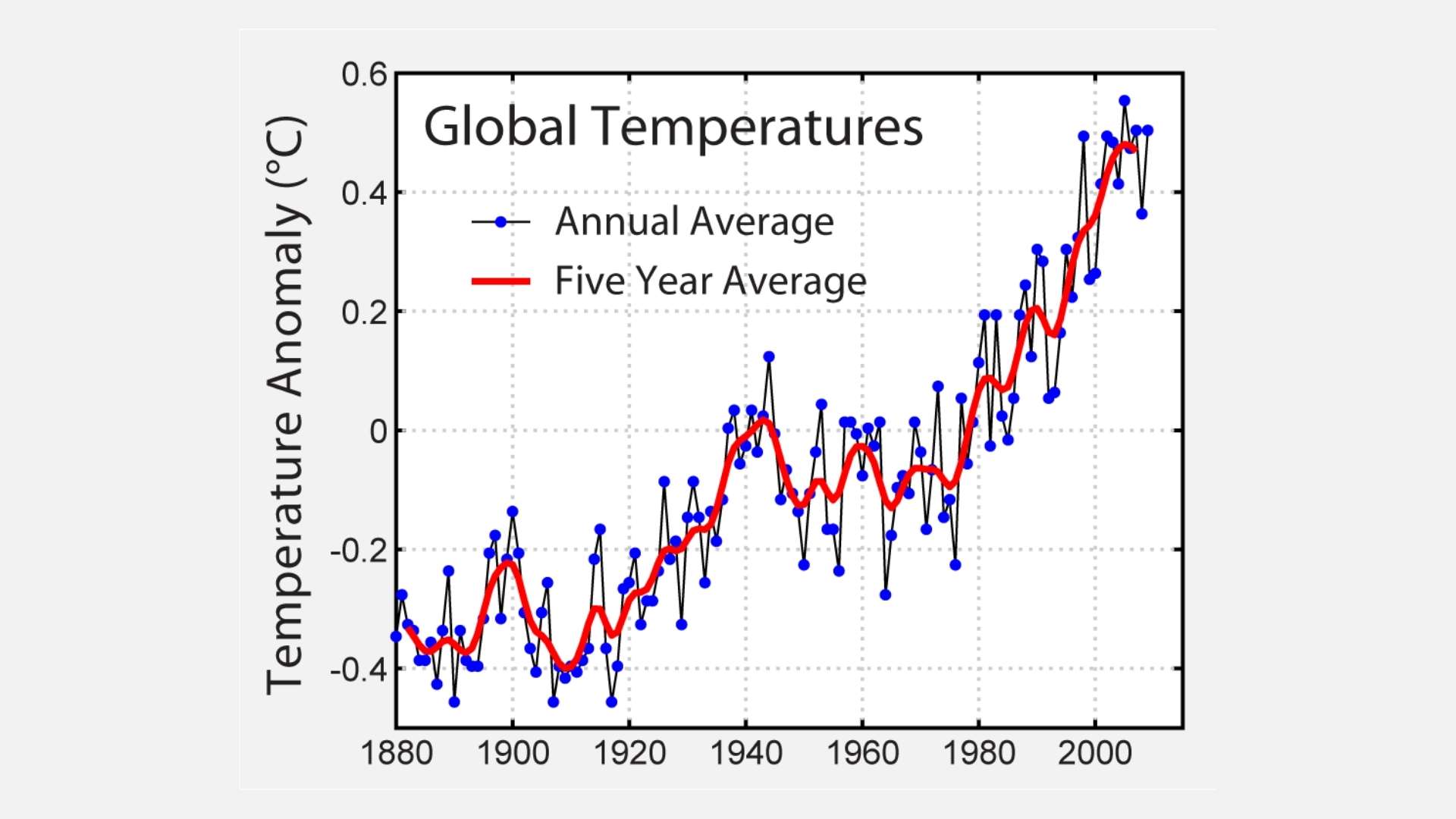 In order to understand our climate, it is very important to look at the long-term view. The temperature of the last 200 years is much higher than it was when Romans were making wine in southern England. However, what is really concerning is the rate of change. Temperatures have risen far more sharply in the last century than they have at any point in the last 2000 years (Figure 2). 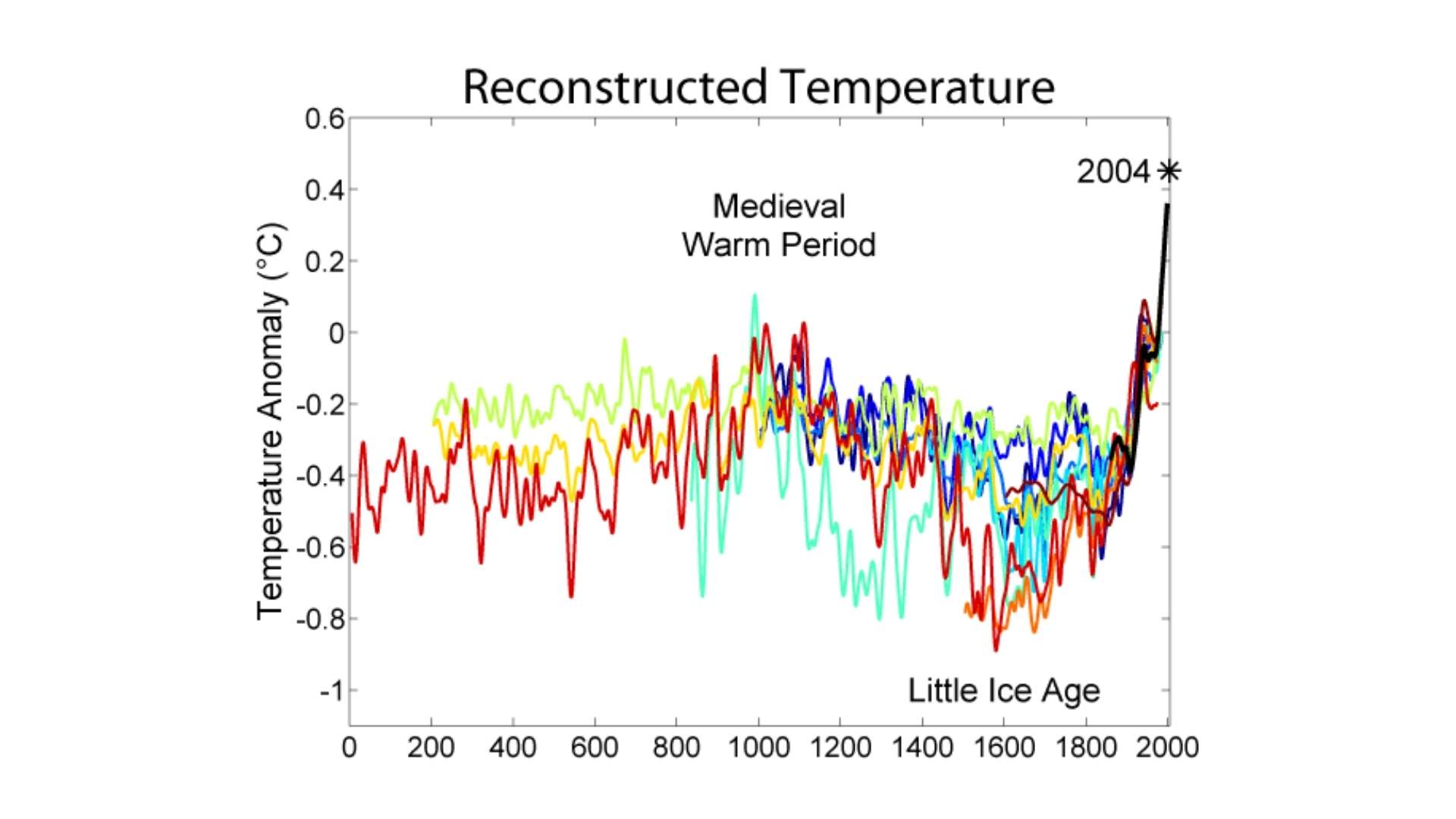 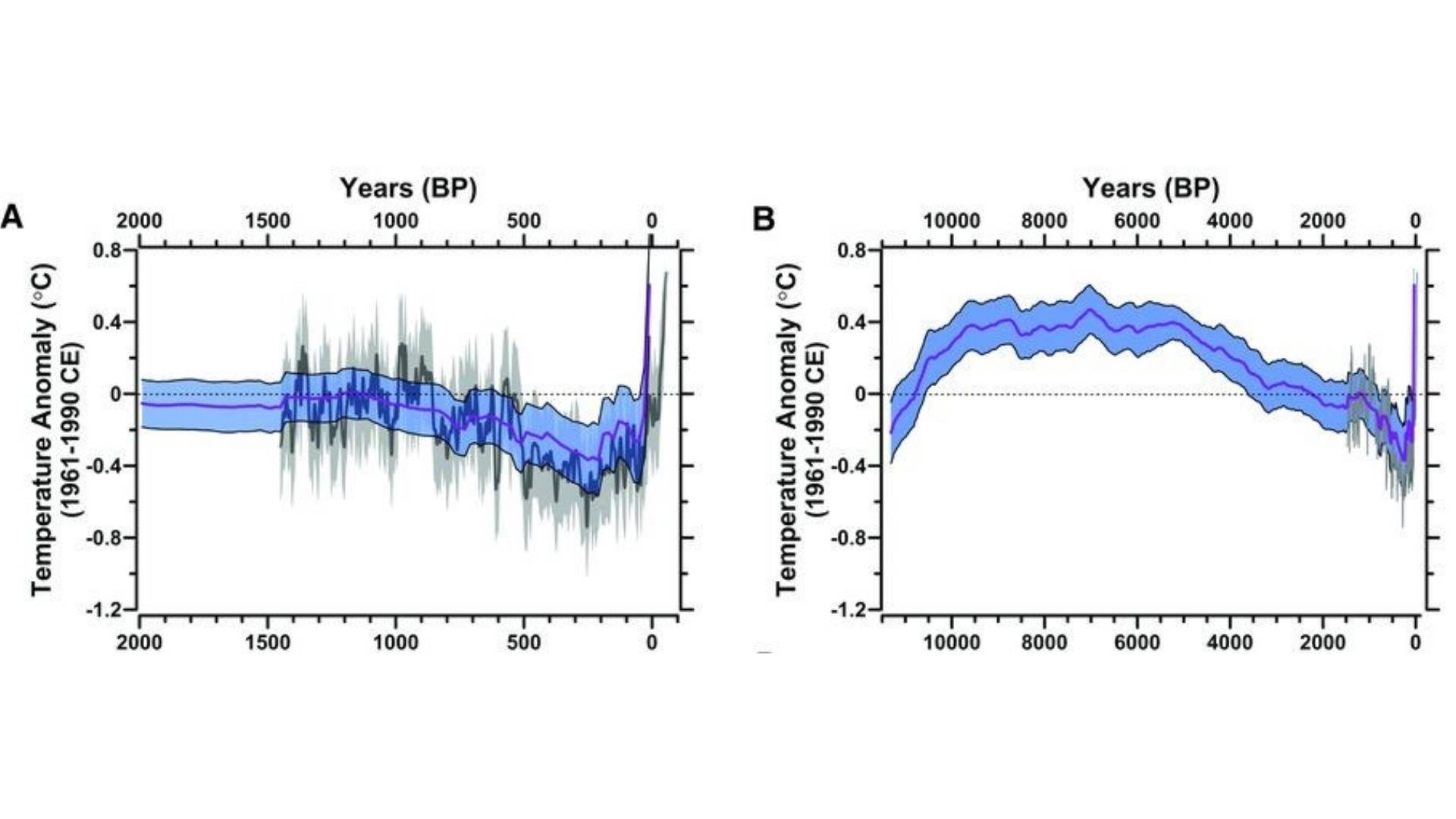 The role of carbon dioxide

Carbon dioxide is a key factor in climate change. The IPCC 2007 Synthesis Report stated: “Global GHG emissions due to human activities have grown since pre-industrial times, with an increase of 70% between 1970 and 2004”.

Increase in carbon dioxide is primarily due to increased use of fossil fuels. The carbon dioxide and other atmospheric gasses combine with changes in land cover and solar radiation to drive climate change.

New research suggests that the impact of humans on the planet is pushing back when the Earth might descend into its next ice age. While the Earth might have naturally cycled back into an ice age in 50,000 years’ time in the absence of emissions, we’re unlikely to see one for at least 100,000 years because of the CO2 we put into the atmosphere.

Despite the fact that at first glance we may care almost nothing if an ice age far away for us is delayed, the findings show how profound the impact humans are having on the planet. Even though the industrial revolution is only a few centuries old, human-caused emissions will alter the climate for tens to hundreds of thousands of years.

Knowledge of past climate should provide us guidelines on the natural variability and sensitivity of the Earth system. This knowledge should also help identify the risks associated with its alteration and understand how important it is to stop this trend now.

Desertification. A social point of view.

The World Day to Combat Desertification and Drought is observed every year to promote public awareness of international efforts to combat desertification.