Bringing evidence: desertification is occurring before our eyes

Rafael moved to Italy from Brazil in 2014 to pursue his PhD at the Faculty of Agricultural Forestry and Environmental Sciences at the University of Palermo, in Sicily. He is a consultant and project manager involved in various European projects in the Mediterranean area, such as LIFE’s Desert-Adapt project (3), and others in Latin America, in Brazil.

“Desertification, understood as soil degradation, occurs everywhere, both in Italy and Brazil. When rainfall is too intense, concentrated or takes place in an unusual period, it can lead to land erosion and degradation if the soil is exposed. That’s the key.”

Rafael’s words smack of the experience of those who study, see and act to curb climate change. In 2022, some people still deny the existence of critical meteorological events, despite scientific data speak for themselves. “The U.S. Department of Agriculture and Environment has declared that about 40% of the planet’s usable land area is at risk of desertification caused by human activities, that is, by poor land management and lack of tree cover. According to the official Sensitivity Map issued by the Sicilian region, 70% of the island is at critical risk of desertification.”

In Caltanissetta, I measured the soil temperature in the neighbour’s olive grove at 10am: In the exposed areas, the thermometer recorded 45-46 degrees; surely by 3pm it would have reached 50 degrees. Where there was at least some mulch, the temperature measured was around 38 degrees and, in any case, 5-8 degrees lower than in the exposed soil during the hottest hours. Still, the bottom line is that under the trees the temperature was around 30 degrees, increasing by only a couple of degrees in the following hours.”

In recent years, extreme weather events are becoming ever more frequent, concentrated, and intense. “From 2014 to 2019, the climate has not changed that much. Nonetheless, extreme weather phenomena have occurred every year since the end of 2019, with abnormal daytime and nighttime temperatures, wind, and rainfall.

Since when the project in Partinico started in 2019 and especially 2020 and 2021 have been anomalous years considering even historical data. The heat and rainfall concentrated in a few very intense events in turn create erosion and promote degradation phenomena.”

Moreover, Sicily scores high on number of wildfires (4). As Rafael explains, their cause is almost always anthropic. “If someone sets a fire or it breaks loose by chance, drought and wind phenomena enormously amplify the flames, leading to further soil desertification.” 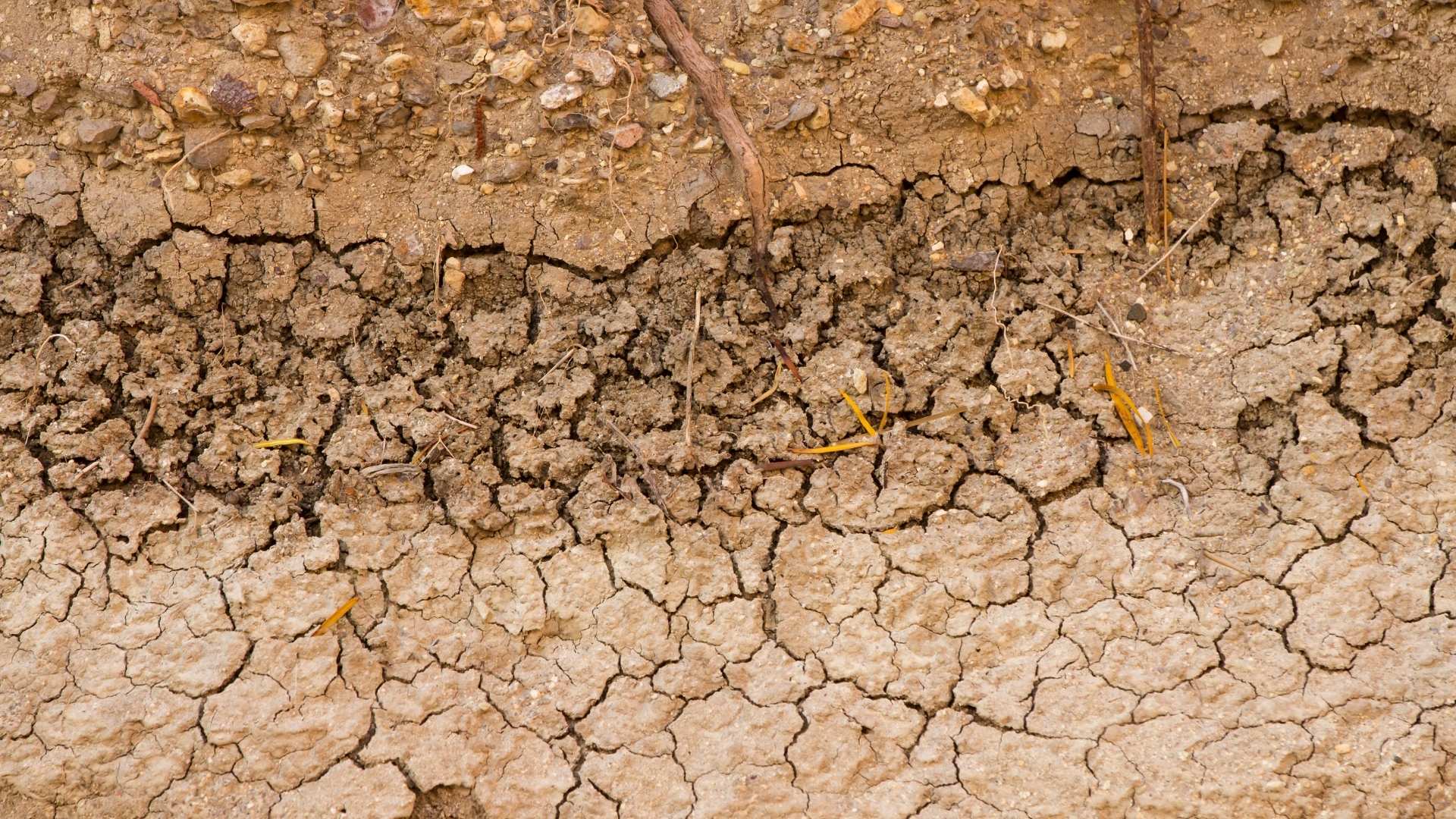 Drought, frost and rainfall: from observations to field projects

“All projects I am involved in are based on aspects of water conservation and permanent soil cover, adding organic matter and increasing wood cover. Those are the weapons we are equipped with against desertification.

We adopt these principles regardless of the more or less aggravated situation, creating systems with new and old varieties. Old varieties of fruit and citrus trees have resisted better because they have already fought against extreme events and stored climate changes in their genetic background. Modern, productive varieties and tropical fruits suffered the most from the 40 degrees reached in July 2020, but also from frosts taking place out of season.

Still, drought in Sicily has been uniform over the past 3 years. However, this year hasn’t recorded worse scores just because it rained a lot during last fall. On the one hand, these rains helped reduce the drastic high temperatures; on the other, they occurred at a time when it generally does not rain. The collected water got dirty with land and was paradoxically unusable; in addition, these phenomena caused an enormous amount of erosion.

Almost all plantations are equipped with drip irrigation, especially citrus and avocados. In the last two years, we still had to adopt an emergency irrigation system within the LIFE project, providing very little water, only two litres per plant: without this measure it would not have been possible to move forward.

By contrast, I recently travelled to the North and saw that the drought there has become very critical. In some ways, if areas that usually get more rain catch an extreme drought event, they suffer more than areas that are used to overcome them such as the Mediterranean, where more resistant crops are planted.

Photo by Rafael Da Silveira Bueno. Drought and desertification in Caltagirone in Sicily. 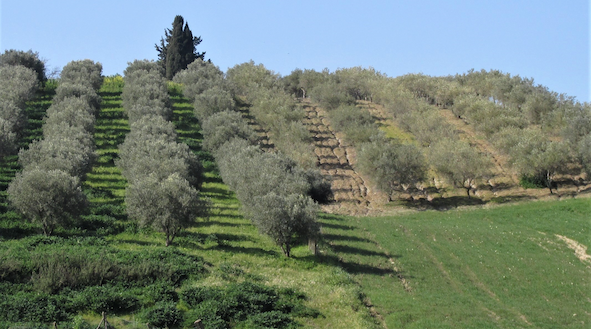 Why planting trees is critical to counter drought, desertification, and climate change?

One of the areas where the LIFE project is developed is Lampedusa. “I think it is an insightful example of how the removal of vegetation leads to total soil degradation. Until 1850, the historical records say Lampedusa was covered with forests, and today you only see extremely degraded land, rocky outcrops and very little soil.”

Indeed, soil needs to be covered with organic matter in order to regenerate, as Guido Cencini (5) also told us in this article (6) on desertification. Back to the story about Caltanissetta, it proves clear how tree cover dramatically decreases soil temperature. “When we talk about global warming, we also mean this: at 45 degrees, all microorganisms are cooked. In addition, water evaporates too quickly at those temperatures, whereas at 30 degrees in addition to having vegetation protection above, much more water is retained within the soil.”

Rafael Da Silveira Bueno, Guido Cencini and Federico Citta (7) agree about the implementation of agroforestry systems as a possible and desirable solution to desertification and drought. “Deserts are the only natural ecosystems where the soil is not covered by vegetation. This matter should say a lot about how natural systems should be managed.”

(1) Rafael holds a degree in Ecology from the University of São Paulo in Brazil and is a PhD candidate at the Faculty of Agricultural Forestry and Environmental Sciences at the University of Palermo. He works in ecology and restoration projects of degraded areas both in Europe and Latin America. He is a consultant and project manager in Italy, Portugal and Spain (LIFE project), and in Brazil, in the Atlantic Forest area, including the states of São Paulo and Rio de Janeiro. You can find some of his academic articles here.

(2) Cooperativa No Emarginalizzaizone (NoE) is based in Partinico, in the province of Palermo, active since 1993, it creates socialising and professionalizing solutions for handicapped people and re-employment. It deals with Organic farming on land confiscated from the Mafia; transport and home delivery of Organic products; Ecotourism; Training for Social Enterprise, also collaborating with public agencies.

(3) The Desert-Adapt Project is included in the LIFE program of the European Union and coordinated by the University of Palermo.

(4) Here and also here you can find some more information about fires in Italy and the World.

(5) Guido Cencini is an agronomist and LCA & Forestry strategist at zeroCO2.